You are here: Home » News » Industry News » What is the function of the sucralose?

What is the function of the sucralose? 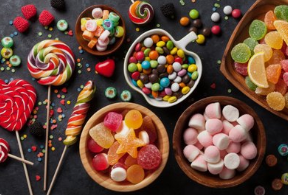 Sucralose has the characteristics of no energy, high sweetness, pure sweetness, and high safety. It is one of the best functional sweeteners at present.

Sucralose is widely used in the production of various types of sugar-free products. Including baked goods, daily products, ice cream, soft drinks, etc. One of the biggest features of sucralose powder is that it can be used as a substitute for sucrose in any product without losing its sweetness. Another of its biggest benefits is that it can be used as a sweetener for diabetics.Sucralose pure is very stable, it is not affected by light and heat, nor is it affected by various pH conditions. In addition to reliable stability, sucralose is also very popular in terms of taste and texture, and there is no strange aftertaste. Therefore, sucralose pure is ideal for baking and is well suited to commercial foods that require long-term shelf life.

Lyphar is professional sucralose manufacturers in China with more than 10 years. We also would be pleasure to provide the sample for you to test if you prefer. Welcome to inquiry us.